We provide a recruitment and interim Partner service that fulfills both short term and longer term needs,   following agreed outcomes from the SDBP® diagnostic. Roles are formulated to the specific   needs and strengths of the organisation. Qualification of candidates is based on training and our  SDBP® criteria.

Often, job specifications that candidates are recruited into turn out to be very different than the actual position. This carries a level of risk that is shaped not just by the candidate, but by the organisation itself. Because of this, the root cause of the problem is diagnosed only after recruitment has taken place.

In addition, the Partner's role is still not in a mature state with a lot less people performing the functions than say, project managers. Also, the wide interpretation of the responsibilities and levels of seniority add to a confusing picture. Recruiting against this backdrop with standard providers consequently means all of the risk are still with the employer. Given the organisational context is as much an indicator to the possibility of success, lack of preparation here can mean the triumph or failure of the role.

Using consultants for the long term may not be the best value for money. It may provide a result only whilst they are there; thus leaving the organisation without the long term benefits. Recruiting the right full time candidate is a long process. In addition, the risk of deploying a Partner discipline might not receive full board level support.

We first begin by carrying out a diagnostic of the company in order to be able to identify the strengths and weaknesses. By doing so, we can then analyze issues pertaining to Strategic  Partnering. After which, the applicability of interim management is examined and determined; as well as any other solutions. In the absence of available resources, interim can quickly flex to the capacity of the organisation's needs. Moreover, seasoned experts hit the ground running and can quickly adapt.

Using interims can kick start the Partner's role implementations while focusing on key strategic deliverables - hence laying a foundation for longer term. Full-time recruits can then succeed the interim once they have handed over their duties to them and left.

We do not discount internal search and selection as company and industry knowledge are a given. Furthermore, the criteria of completing certification or workshops conducted by us and the additional pre-screening means that the employer's risk are reduced.

Our approach is that interim management be applied only after a diagnostic has been performed. Our growing pool of interims, all of whom have deep industrial experience, equates to improved delivery assurance.

With our knowledge and experience, Baxter Thompson Associates have identified the traits and behaviours that enable the role. This has been encapsulated in a scoring template that allows insight into the selection of different candidates. All of which are specific to Strategic Partnering. Additionally, our approach is to get to know the client, the client's business partners as well as the industry to help qualify candidates. 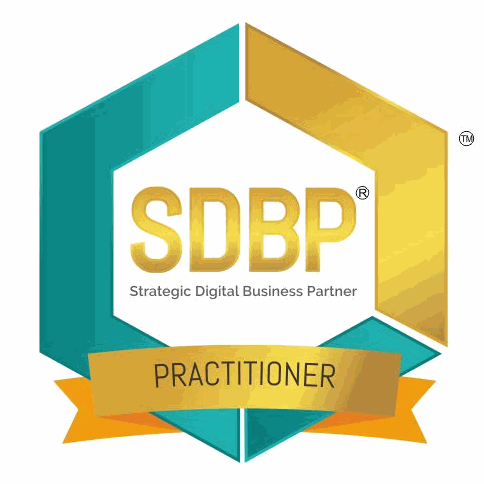 Selecting the right candidates means that the risk of failure, delays and re-recruitments are reduced. The value of the right successor can  therefore help to acheive the goal of Strategic IT partnership.

Using interims means flexibility, impartiatlity, results orientation and minimum learning curves. Part of the remit can be the transfer of knowledge to full-time recruits. Baxter Thompson Associates have been providing interims to numerous organisations as well as being interim managers themselves.  Because of this, we understand the role and the benefits it can bring. Baxter Thompson Associates have recruited many candidates into a wide range of organisations over the past 20 years for partner roles; both within and outside the organisation.

What Baxter Thompson brings to the table when they connect with clients is a long history of successful assistance and results to numerous organisations. Our extensive experience in Reconnaissance for IT allows us to know the mistakes and perils which to avoid. Based on past  delivery of quality competency services to many companies, our techniques are proven to work.

Baxter Thompson Associates have successfully recruited many candidates for various businesses over the past 20 years. Our qualifications and credentials are based on a history of proven successful methods and results.

We use SDBP® specifically to conduct a survey and construct an analysis of your IT function first – using it to better understand your business so we can help you evaluate where you are on the journey. We also use it to define a  role specific for your business. And finally, we use it to profile and assess potential candidates for the Partnering role.

Once we understand which skills may already exist within your organisation, we can initiate a search for business relationship managers.

AN IDEAL MIX OF CAPABILITIES
We identify the ideal mix of “soft” and “hard” skill sets for your business by using our Reconnaissance for IT® framework. The ideal mix will be unique to each organisation and while some of required capabilities may already exist internally, others can be contributed by the newly recruited Partner.

Where is the best place to look for the ideal Partner?

Experience has shown that often the best candidates come from the business partner organisation itself – where the knowledge of the business and necessary communication skills contribute much to establishing a business relationship. Have you advertised the role internally? 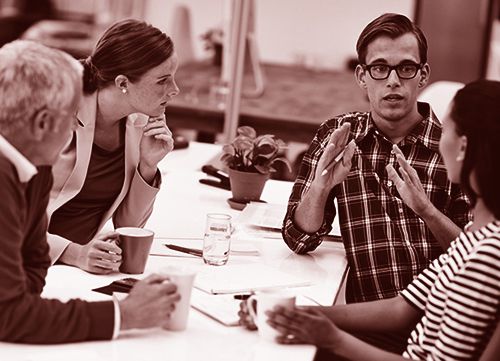 Have you correctly defined the role?

Given the pressures that you may be faced with in delivering your functional expertise, have you given due diligence to the Partner  role in question? Is there a sufficient mandate and is the role correctly tailored to the strengths and weaknesses of your organisation? Does the job specification reflect this adequately? 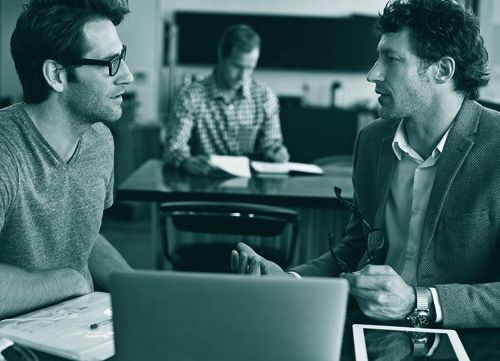 What happens if there is no suitable in-house candidate?

An advantage of recruiting externally means capability can quickly be added. In most circumstances, however, it is likely that it will be a blended approach of recruitment and training in order to deliver the partner competencies. 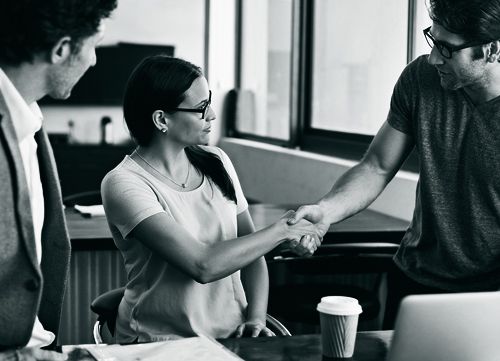 What would the Interim Partner do?

Once we have agreed to the recommendations and conclusions from the diagnostic step and have a fair understanding of the current partner relationship capability – one deliverable as part of the phased delivery programme - the results could end in seeing a Baxter Thompson Associate acting as the interim business relationship manager. This would aim to improve the level of partner relationship maturity and begin to deliver the outcomes expected of the Partner role.

Working either full or part-time, the Interim Business Relationship Manager will initially spend time meeting with business and IT partners across the organisation. They will use tools and techniques from our training to expand on the  Diagnostic. Together with the dialogue from partners, these steps will provide the information necessary to help best understand the current and future state of the business. They will also apportion the state of the information technology function and the business objectives.

Our assessment is typically based on past experience, the scope of on-going projects, the number of business partner functions and the number of stakeholders. Implementation of the Partner role typically takes 18 months before it is "fully capable". 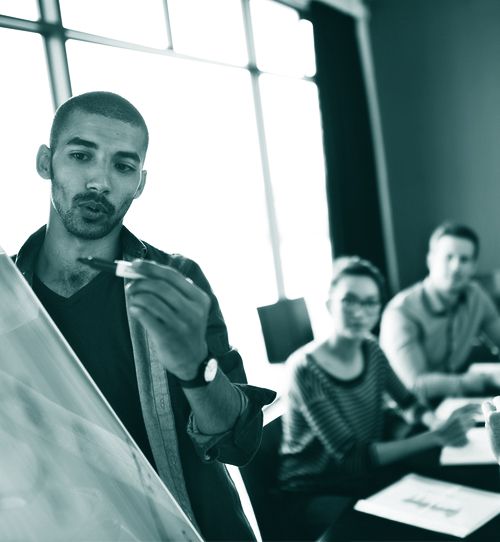 Read how we successfully solved problems just like yours...